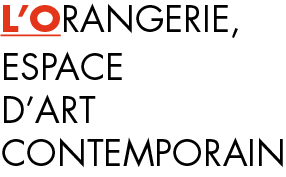 Yves Malfliet got his master training as ceramic artist in the Royal Academy of Antwerp and the University of Tenerife. His work is present in museum collections in Taipei, Vallauris, Ghent and Westerwald. He is member of the International Academy of Ceramics, the most respectable organization that unites the best ceramic artists worldwide. Yves won many international renowned prizes starting in 1988 in Flanders, but later on in Faenza (Italy), Aveiro (Portugal), Taipei, (Taiwan), Westerwald (Germany) and Vallauris (France), five capitals of Ceramic Art. His work was shown in many international exhibitions and even our celebrated Jan Hoet selected his work for the exhibition “Tempus Arti” in 2009. Several Belgian galleries represented his work.

Yves’ work is a sculptural mix, sometimes humorous, often referring to other cultural expressions as theatre, opera, fairy tales, children’s stories; sometimes all of that together. Now and then one discovers a political and religious meaning. Anyhow, his work balances between sculpture and theatre. Clay, refind or massive and raw becomes very important, because the imagery or sculptural value of Yves’ work cannot exist in other material. It makes him a genuine artist working with this basic ancient material in all its forms and techniques. In some sculptures he assembles parts of old ceramics, adds textures, colors and forms and creates a sculpture in the way a theatre director molds a play.